The Game How It All Began Events & Workshops Guides Shop

There is no suffering in the Now, Here and Self.

However, since most people are only 10-20% in the Here and Now, and their Self is heavily fragmented, they invite all kinds of suffering, disruptions, pain and irritation into their lives.‍

DARE TO B’RICHED is a fast, safe, sustainable, insightful and enjoyable way to arrive in the care-free Here, Now and Self, so you can finally be present in life.

A presence that is fulfilled and attracts health and happiness. 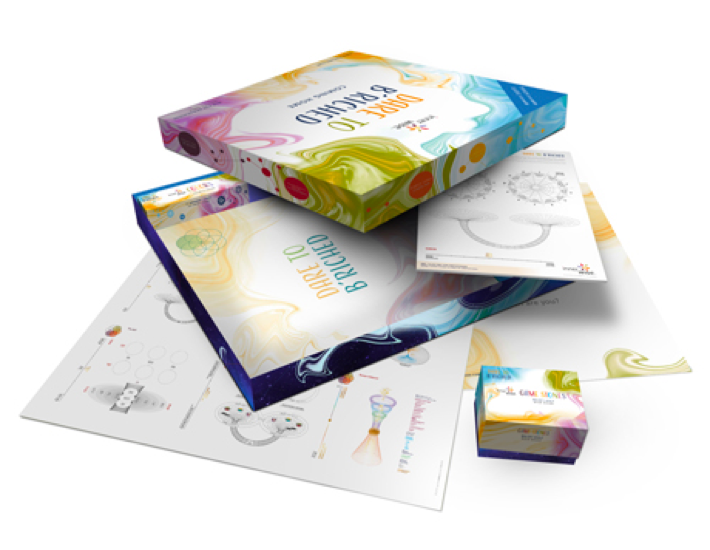 Biography of DARE TO B’RICHED

Father: Uwe Albrecht
Mother: innerwise and Life
Conceived in 2016 as a manuscript for a book about manipulations.
Born in 2017 as a game about Games & Tricks, The Now, The Here, The Self, Control/Surrender, Life Path & Life Purpose.
During its developmental stages in 2017, it already inspired and helped hundreds of people to find their presence.
In 2018, it set out into the world as DARE TO B’RICHED. 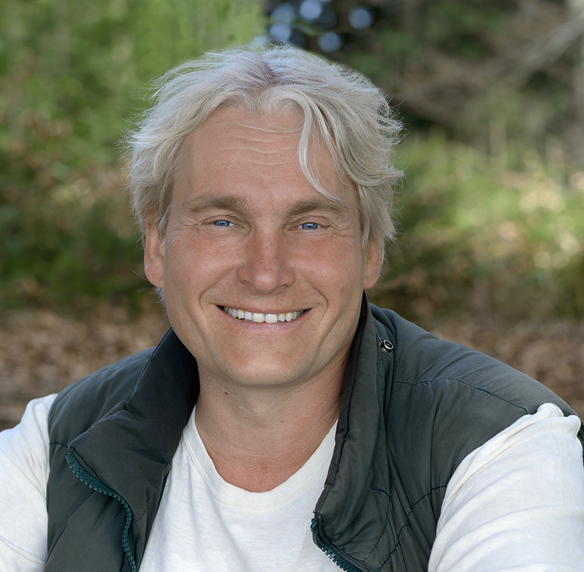 Uwe is an analyst of life, a philosopher who seeks to understand, an inspiring optimist who has the courage to start over in life time and time again. Despite his dyslexia and difficulties with spelling, he has still become an author. As a doctor and developer, it is his goal to revive the art of healing. As a consultant, he sees his challenge as penetrating the complexity of systems, and innerwise has chosen him as its life purpose to become manifest.

Over a period of 11 months, the artist collective Rootz Wingz collaborated with Dunja Burghardt to bring these ingenious images into the visual realm. In the process, everyone grew to new heights — including the game. www.rootz-wingz.com

The raw wood originated in the vision of Frederik Hochmuth from puq stabwood. www.stabilisiertes-holz.de

The game was printed and given its rich tactile feel — in eco-quality — by Lokay Printing. www.lokay.de

The website and online presence were made possible by Mediale, the strategy agency of Jakob Albrecht. www.mediale.com

The Creation of DARE

In January 2016, on a beach in Thailand, I wrote an entire book on the topic of manipulations with all their different kinds of games, their inner architecture, their signs and the possibilities for clearing them. Twenty years of experience with one difficult topic in the field of interpersonal interaction. The working title was I Stopped Manipulating and So Did You! In the eleven months that followed, I returned to that manuscript over and over. Each time I picked it up, it felt heavy in my hands and I could feel it draining my energy. I didn’t want to publish it in that form.

In December 2016, on the island of Hiddensee in Germany, I threw the manuscript in the fireplace and burnt it to a pile of white ashes. I was happy at this transformation of such a dark topic. I hoped that now I could finally let go of it. Guess again. I felt so much anguish about having lost so much experience and knowledge. So, in my mind, I changed the title to Games & Tricks and that alone made the topic feel much easier. Then came the idea of turning it into a game, which filled me with joy.

A graphic surface that would have all the consciousness and knowledge of that unpublished book and would be able to help people find where the manipulations are, without having to climb too deeply into the issue.

That was step one in the development of DARE.

At that time (Spring of 2017), the topic of the Here and Now was very much on my mind. I was thinking of ways to handle this big topic with precision and clarity. It was a great philosophical journey, true to my family tradition (my father was a philosopher).

That’s how the next two steps of DARE were born: The Now and The Here. Step four had been a topic of my research for years: The Self. What defines the Self? Which irritations are taking place there? How can they be recognized and cleared? And, above all, how great and radiant can the Self really be? This is probably based on my worry that one day I will die without knowing what it was to truly live — and to make sure that doesn’t happen, I keep researching and living these topics.

Step five originated in July 2017 as I was observing a tyrannical child and the mother who allowed herself to be enslaved: living and allowing power and control. And what’s behind power? Fear, of course. And the opposite of fear is not love, it is surrendering to life. It became clear to me at that point that fear cannot be cured by therapy. It is actually just an expression of a lack of connection to the Source. It took me the rest of the year to develop step six, the final step, of the game DARE. The great flow of life. All of life envisioned in one single graphic.

Starting in August 2017, I started working with a graphics team to develop the game over the course of a year, going through around 40 different versions of 3D graphics for each step. This was a great journey of in-depth exploration as things became clearer and clearer. Starting in May 2017, I was ready to begin holding courses in several different countries where I trained people to use DARE. These courses have been fully booked ever since and have changed the lives of their participants. In each course, I’ve had the privilege of seeing how people make DARE their own, recognizing and clearing issues and gaining an understanding of their lives. Each time, I think: “How amazing. As a therapist, I never could have achieved that depth of healing which these brave people can now achieve for themselves using these tools.” It’s been truly humbling.

That’s how DARE TO B’RICHED got its name: having the courage to find inner wealth.

Discover the game and its possibilities

Learn more
Much More Than a Newsletter